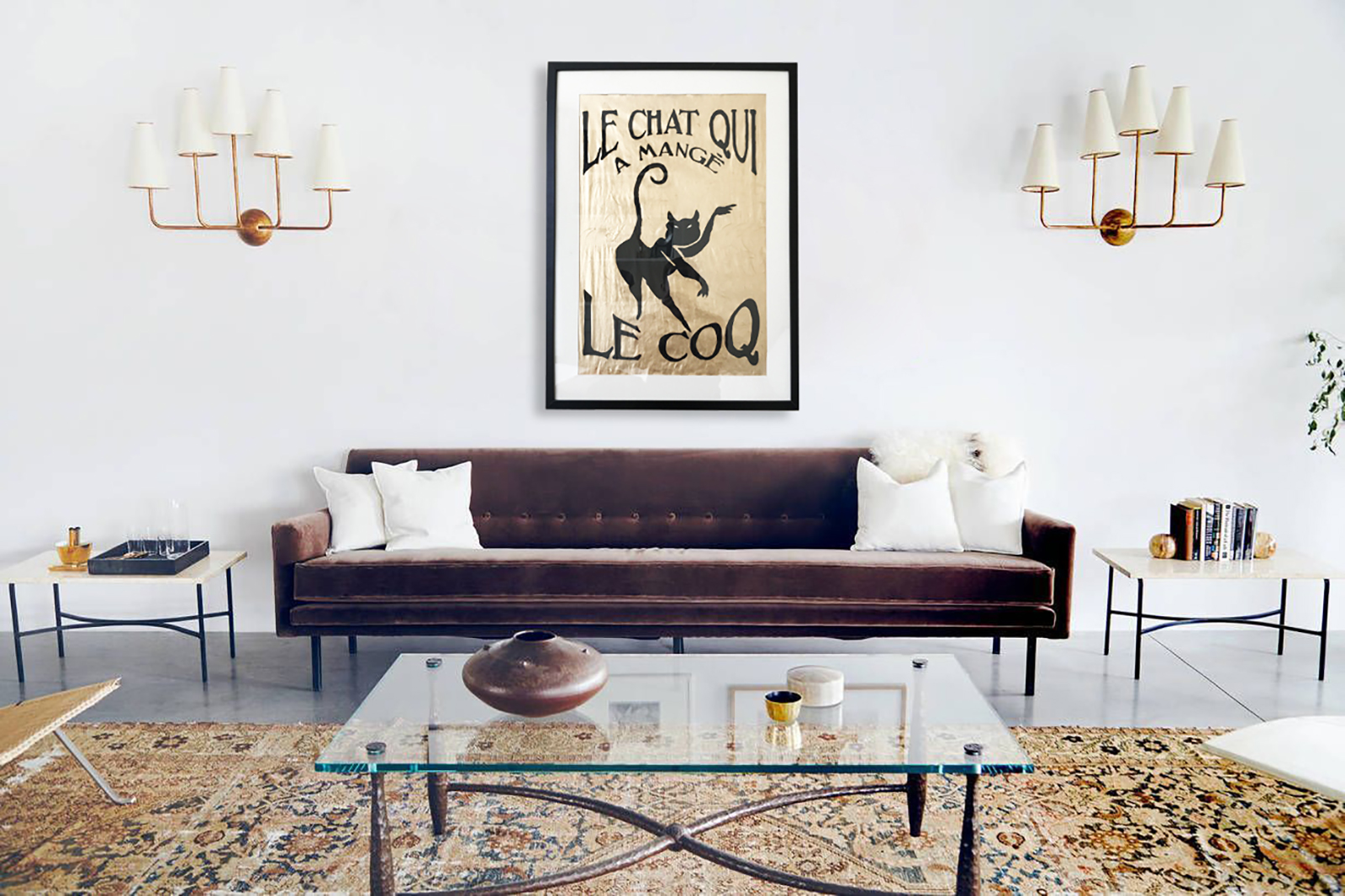 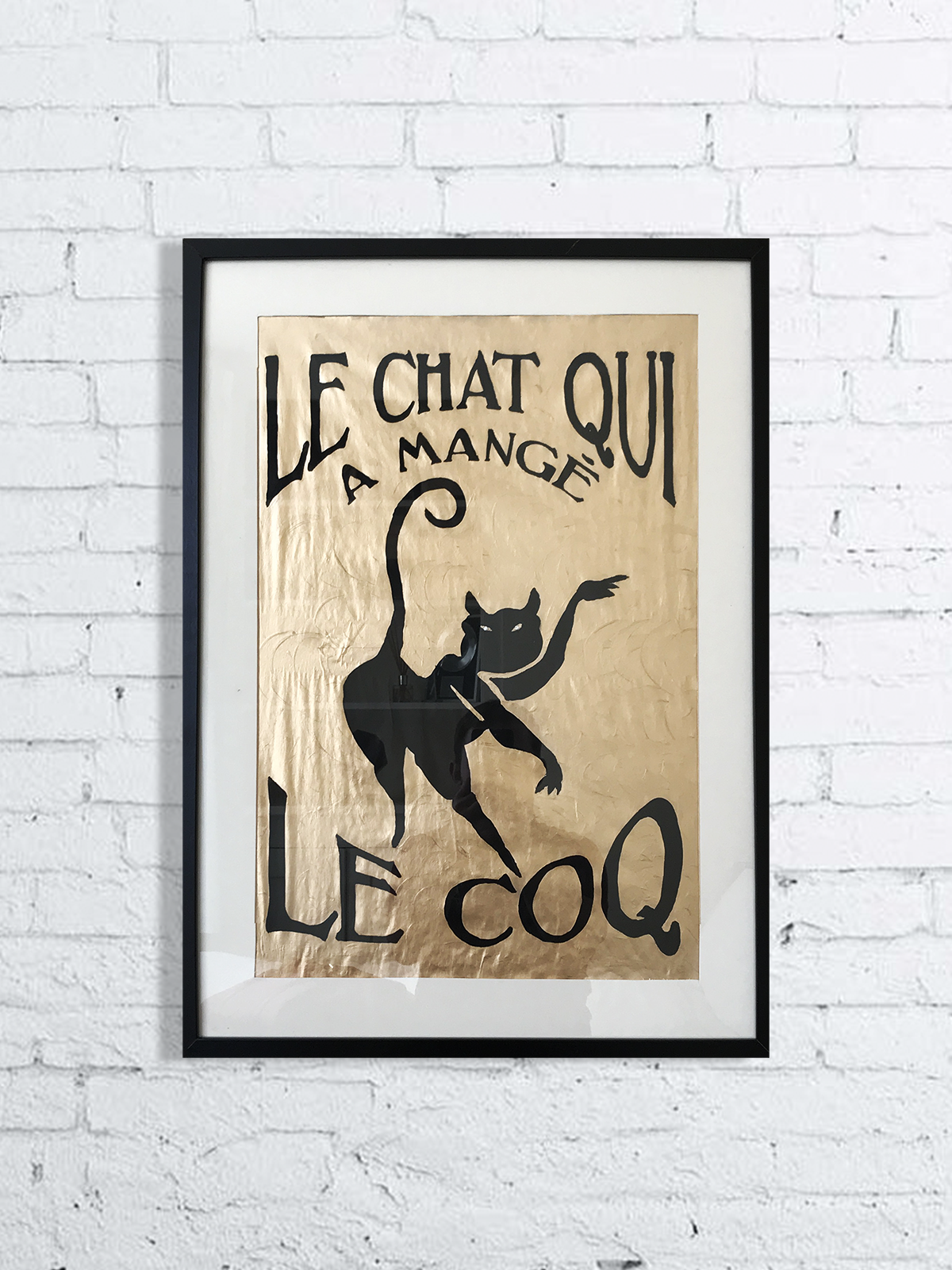 Inspired by popular 19th/20th century French posters, Le chat is a piece that captures the melancholy of desire and the time except need for satire and sex. The suggestive play on words would have no distinctive impact on a native French speaker however, it’s desired english audience makes a good case for playful misinterpretation. As such, it’s not only the provocative silhouette of the cat that incites sex,  nor just her crystal eyes and lavish gold, but the text as well: “The cat who ate the COQ… the DIQ”.

The art piece was produced using the old method of french poster making know as “affiches”. The artwork master would hand draw and paint every element of the poster (implicitly, every poster) until the printing press made this process a lot easier.

Any cookies that may not be particularly necessary for the website to function and is used specifically to collect user personal data via analytics, ads, other embedded contents are termed as non-necessary cookies. It is mandatory to procure user consent prior to running these cookies on your website.